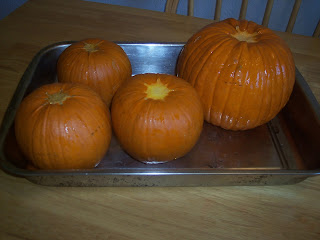 First start off by washing your Pumpkins and then poke them with a fork or knife several times.  Normally I would try to select pumpkins of the same size but my son insisted these were the pumpkins we needed!  Next bake your pumpkins at 350 for about 1 hour to 1 hour 15 minutes.  You basically want them to be like a baked potato, test that they are tender with a fork. 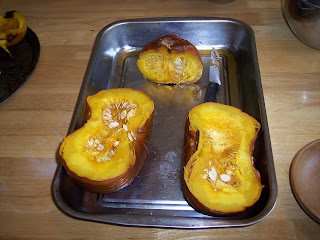 Then cut the pumpkins in half.  This was usually the hard part but since they are so moist and soft now you don’t have to worry about stabbing yourself
. 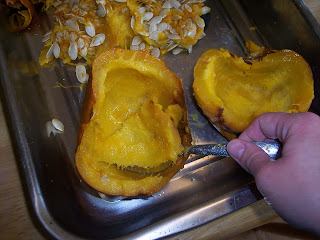 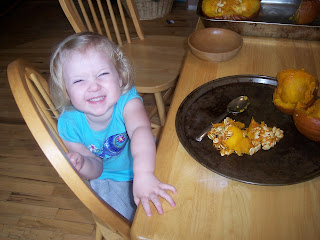 Here are my two helpers that thought it was so cool to put their hands in the gooey part of the pumpkins! 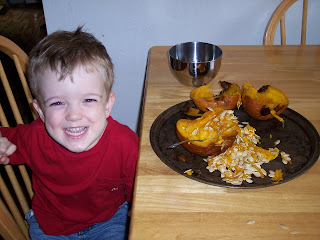 Next use your food processor or blender to puree the pumpkin, being careful not to overfill!  I then scoop 2 cups at a time into canning jars to freeze for later use.  Although it usually doesn’t last long at my house.  These four small pumpkins made about 10 cups of pumpkin puree! 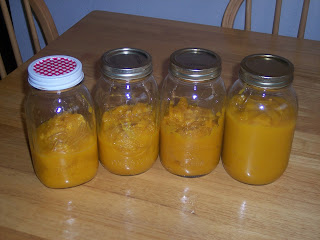